If Australia has an Achille’s heal it’s the high and still rising level of household debt that has gone hand in hand with the surge in house prices relative to incomes. Whereas several comparable countries have seen their household debt to income ratios pull back a bit since the Global Financial Crisis (GFC), this has not been the case in Australia. Some worry Australians are unsustainably stretched, and it is only a matter of time before it blows up, bringing the economy down at the same time. Particularly now that global interest rates are starting to rise. This note looks at the main issues.

Australia – from the bottom to the top in debt stakes

Why has debt gone up so much in Australia?

The increase in debt reflects both economic and attitudinal changes. Memories of wars and economic depression have faded and with the last recession ending nearly 27 years ago, debt seems less risky. Furthermore, modern society encourages instant gratification as opposed to saving for what you want. Lower interest rates have made debt seem more affordable and increased competition amongst financial providers has made it more available. So, each successive generation since the Baby Boomers through to Millennials have been progressively more relaxed about taking on debt than earlier generations.

It’s not quite as bad as it looks

There are several reasons why the rise in household debt may not be quite as bad as it looks:

Source: ABS, RBA, AMP Capital
As a result, Australians’ household balance sheets, as measured by net wealth (assets less debt), are healthy. Despite a fall in net wealth relative to income through and after the GFC as shares and home prices fell, net wealth has increased substantially over the last 30 years and is in the middle of the pack relative to comparable countries.

So what are the risks?

None of this is to say the rise in household debt is without risk. Not only has household debt relative to income in Australia risen to the top end of comparable countries but so too has the level gearing (ie the ratio of debt to wealth or assets).

While the surge in household debt has left Australian households vulnerable to anything which threatens their ability to service their debts or significantly undermines the value of houses, the trigger for major problems remains hard to see. However, household discomfort at their high debt levels poses a degree of uncertainty over the outlook for consumer spending should households decide to reduce their debt levels.

Important note: While every care has been taken in the preparation of this article, AMP Capital Investors Limited (ABN 59 001 777 591, AFSL 232497) and AMP Capital Funds Management Limited (ABN 15 159 557 721, AFSL 426455) makes no representations or warranties as to the accuracy or completeness of any statement in it including, without limitation, any forecasts. Past performance is not a reliable indicator of future performance. This article has been prepared for the purpose of providing general information, without taking account of any particular investor’s objectives, financial situation or needs. An investor should, before making any investment decisions, consider the appropriateness of the information in this article, and seek professional advice, having regard to the investor’s objectives, financial situation and needs. This article is solely for the use of the party to whom it is provided. 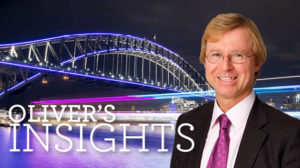